the Classic 300 – a series of individual classic car runs that will take place in England and Wales during 2017. The non-competitive classic car runs are for the enjoyment of the participants, and to be seen and enjoyed by members of the public.  The runs will be open to Masons and those with an interest in Freemasonry, driving cars built before 1st January 1997 or future classics accepted as being of special interest.  In some cases motorcycles and commercial vehicles will also be included.
​ 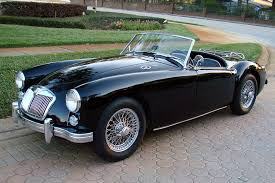 The Classic 300 will start on Sunday 21st May 2017 with a large gathering of vehicles at Windsor Castle.  Travelling gavels (made from con-rods) will be carried on the runs visiting many famous circuits and motoring venues, including the Isle of Man’s TT circuit, and will eventually arrive at Brooklands motor circuit in Weybridge, Surrey, in September, where the event ends. Routes will be organized regionally and it is hoped up to a thousand vehicles will participate.


The United Grand Lodge of England considers the Classic 300 to be a significant and colourful part of the tercentenary celebrations, which will also generate considerable specialist and general media coverage.