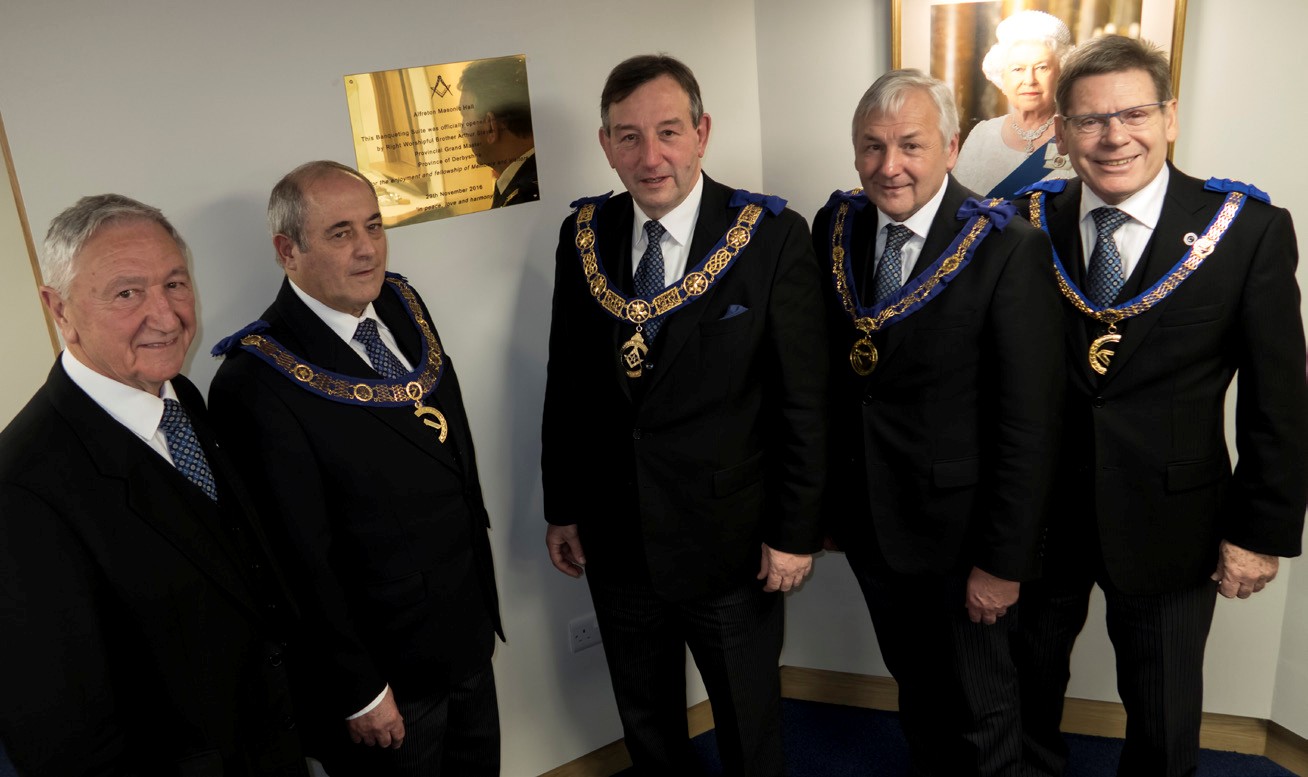 Alfreton Masonic Hall was pleased and proud to receive

the RW PGM accompanied by the VW Deputy PGM, both Assistant PGM’s, the Junior Warden and the Provincial Grand Secretary at the official opening of their new dining facility.

The dining room was full and at capacity with members of Alfreton Lodges and an excellent buffet was enjoyed by all. The atmosphere was relaxed and good humoured, a true celebration. 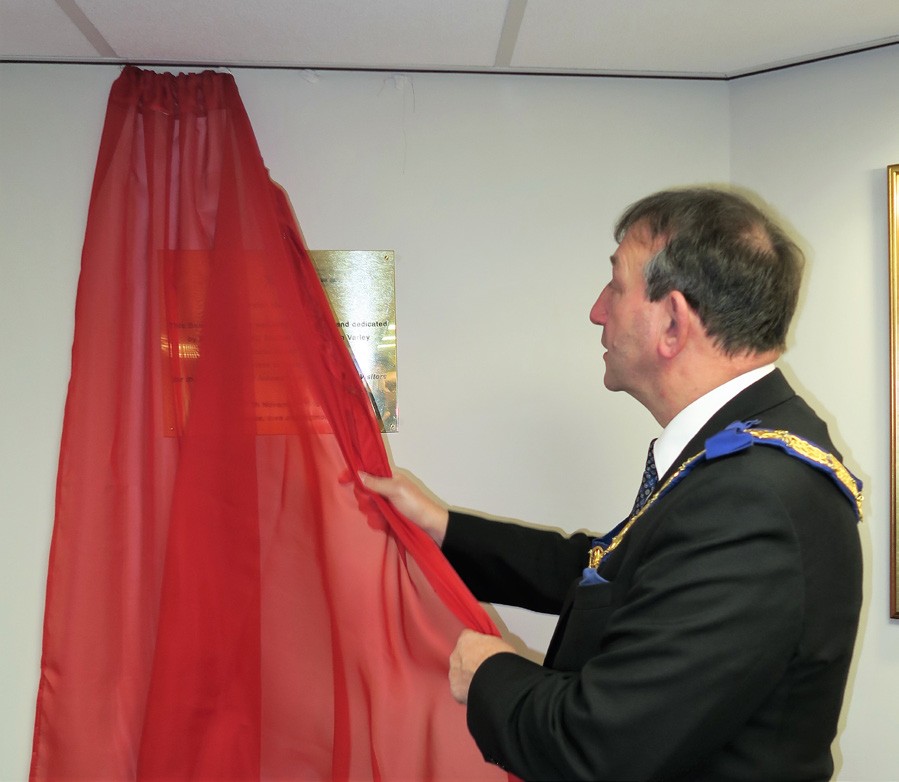 The highlight of the evening was the unveiling of a brass plaque by the RW PGM which will now be visible for all to see, and he congratulated the members of Alfreton Lodges who pulled together to make this happen.

The project was masterminded by WB Neil Stone and was financially well supported by Royal Alfred  Lodge No. 10128, St Thomas Lodge No. 2583, Vulcan Lodge No. 4382 and Morcar Lodge No. 8458. In addition, there were contributions from individual Masons, other Lodges and organisations, all of whom have contributed to a lasting debt free legacy.

The construction work was completed to a very high standard by Crown Construction headed up by WB Mick Hitchcock. Crown Construction completed work over and above their contract obligation to help get the job done. The area had previously been a damp basement but the transformation was spectacular. The total cost of the project including fixtures and fittings exceeded £87,000.

WB Neil Stone was overwhelmed ( he used the word gobsmacked! ) when he was presented with a brass

plaque by the RW PGM which read “ The Neil Stone Suite “

He accepted it with all humility and was clearly embarrassed by the attention, having already avoided the accolade on several previous occasions only to be ambushed on the night! 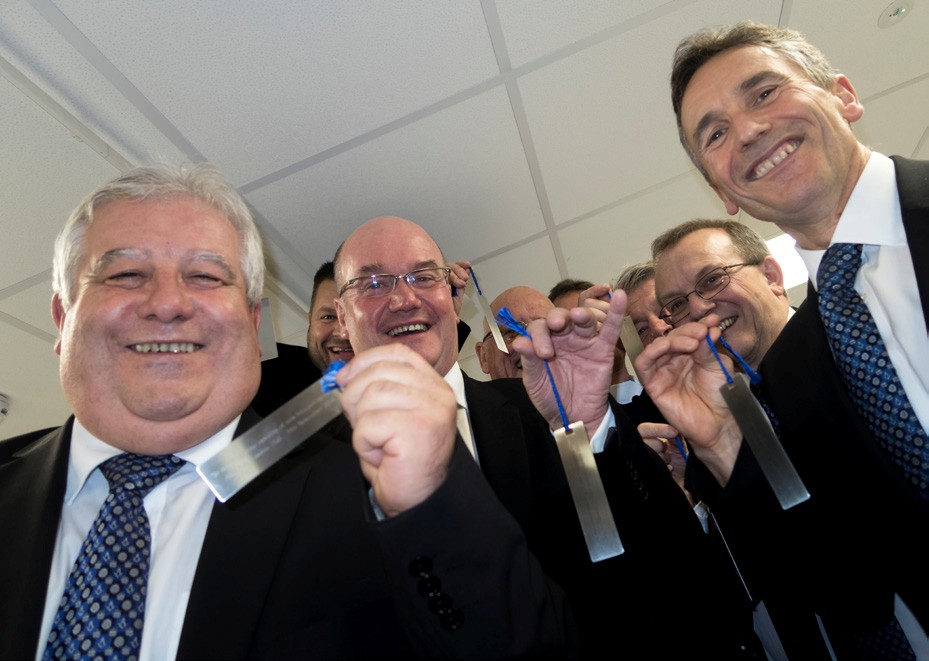 All members present were then presented with an engraved stainless steel bookmark, a reminder for all of a wonderful and momentous evening.

The dining facility is a major change in the way Freemasonry is enjoyed now at Alfreton. Before it’s completion the members were driving to a location 45 minutes away for their festive board. This was difficult for visitors who didn’t know the area well and some were not attending the festive board as they were concerned about getting lost. Furthermore, the time now being saved enables Lodges to start later and finish earlier; something welcomed by all.

For more photos of this event please click the following link: